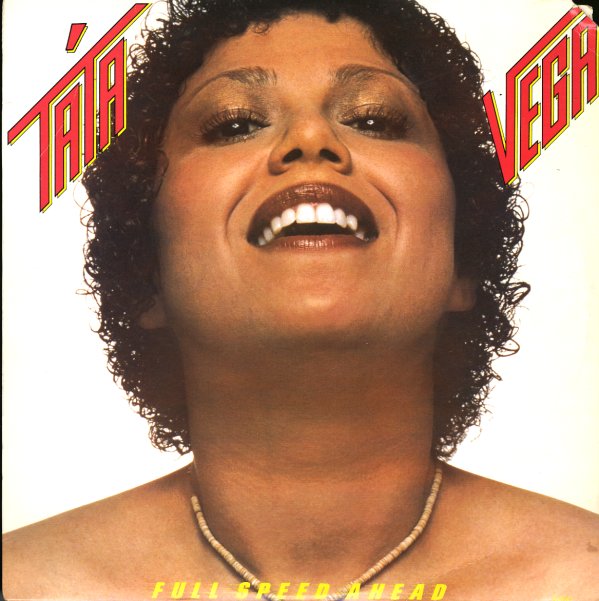 Full Speed Ahead (plus bonus tracks)

A great debut from Tata Vega – her first album for Motown, and a sparkling soul effort – recorded after an early career stretch with some headier crossover groups! Vega's got a positive, upbeat feel on the record that's mighty nice – a sort of energy that really draws from her roots, but points things in a sparkling new direction – still mostly sticking in mature soul modes, and avoiding any of the easier disco pitfalls that might have been taken at the time! Al Johnson handles the arrangements – with the same sort of balance of smooth and mature styles he brought to his own great records – a balance that works perfectly for Tata, as it allows her to work the full, wide range of her vocals, yet without ever going too far to end up as a cliche. Titles include "Try Love From The Inside", "Full Speed Ahead", "Keep It Coming", "Just As Long As There Is You", "Just When Things Are Getting Good", and "Music In My Heart". CD features 3 bonus tracks – "Full Speed Ahead (disco version)", and the cuts "Sunshine Man" and "Soul Eyes", both recorded with Tata's old group, Earthquire!  © 1996-2022, Dusty Groove, Inc.

Bitch Is Black
Tamla/Reel Music, 1975. New Copy
CD...$8.99 16.99
Heavy heavy funk from the mighty Yvonne Fair – a 70s bad soul sister that we'd rank right up there with Betty Davis! Yvonne got her start working with James Brown in a sweeter mode, but by the time of this mid 70s debut, she'd hit a really hard-wailing sort of style – one that had the ... CD