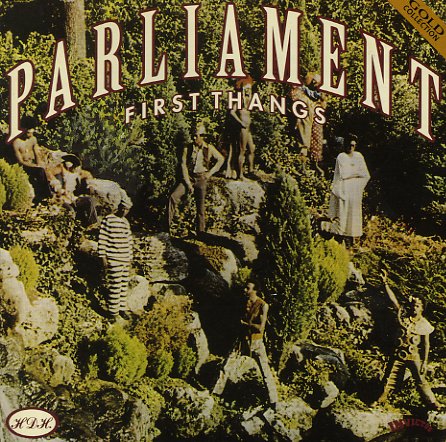 Fuzzy and funky soul from Detroit! This LP compiles the group's first incredible album – Osmium – plus some other singles from the time. Parliament at this point are much closer to earlier Funkadelic than on their later work – rocking hard with a very guitar-heavy groove, sounding a lot more tripped out than when they're riding the mothership, and forming a key link between the Motown soul tradition and that of Detroit noise rockers like MC5 or The Stooges. Cuts include "Loose Booty", "Little Old Country Boy", "My Automobile", "Red Hot Mama", "Come In Out Of The Rain", and "I Call My Baby Pussycat". Very trippy, very acidy, and very very wild!  © 1996-2021, Dusty Groove, Inc.
(Out of print.)