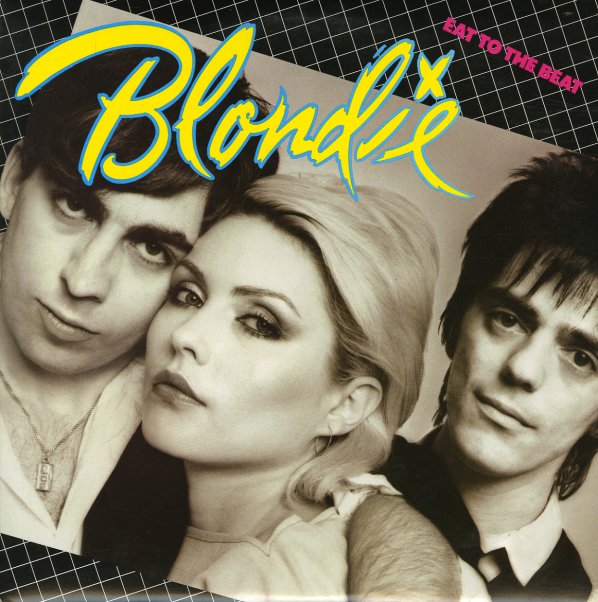 Eat To The Beat

Blondie had a lot to live up to after Parallel Lines, but they pulled it off here – Eat To The Beat is another classic! Downtown cool, a strong sense of pop history and tight production by Mike Chapman make for a really distinct sound on this one. Standouts include the excellent opener "Dreaming" (one of the finest Harry/Stein songs ever, if you ask us), the punky title track, "Union City Blue" and "Accidents Never Happen", and while Blondie albums are by nature hit-and-miss given the fearless mish-mash of styles they always brought in, the whole thing is pretty great! Other tracks include "Shayla", "Die Young Stay Pretty" and "Living In The Real World".  © 1996-2021, Dusty Groove, Inc.
(Includes the printed inner sleeve.)