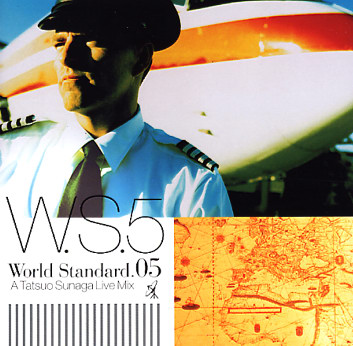 The jazziest mix in the World Standard series to date – a set that really shows Sunaga T's growing presence in the club jazz world, but still done with plenty of the clubby touches of previous volumes too! The general vibe here mixes acoustic jazz with bits of house at the bottom – pumping up some straighter jazz tracks in special mixes, and pulling out warmer elements from tracks that were initially designed mostly for the dancefloor – all in the sensitive array of colors and tones that make Sunaga's work so great. There's plenty of recent favorites in the 16 track mix here, but they're often given a fresh twist by Sunaga T – and titles include "Charade" by Sahib Shihab, "Poseidon" by Dalindeo, "Jet Set" by Tatsuo Sunaga, "Oriental Smile" by Paolo Fedreghini & Marco Bianchi, "Life Is A Tree (Truby Trio treatment)" by Siciana Soul, "Livin High" by Jazztronik, "KGO" by Little Big Bee, "Ur" by Alison Crockett, "O Mar E O Amor" by Leny Andrade, "Roughneck" by Eddie Roberts, "Senor Blues" by Povo, and "Nomad (Maurice Fulton rmx)" by Micatone.  © 1996-2021, Dusty Groove, Inc.
(Includes obi.)

Sunny Side Garden
Flower (Japan), 2001. Used
CD...$6.99
A completely satisfying album from one of the brightest new stars on the Japanese scene! Su Paka Pooh breaks out here with a swirling batch of warm, soulful grooves – a bit house-oriented in structure, but with plenty of spiritual jazzy touches, and a cosmic finish that keeps the record ... CD