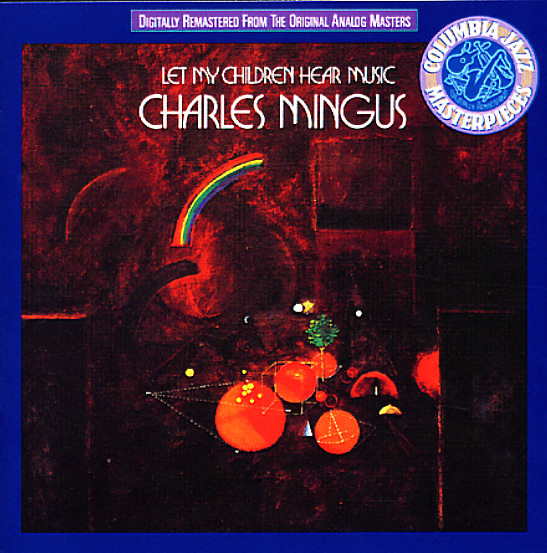 One of the last great records by Charles Mingus – a set of extremely compelling original compositions, played by a fresh group of younger players, plus a few older masters! The record's got a fire and sense of emotion that's missing from a number of other 70s Mingus sessions – and it's one of the few later albums we'd easily rank right up there with his late 50s and early 60s classics! Orchestrations were partially arranged and conducted with help from Sy Johnson – and soloists include James Moody and Bobby Jones on tenor, Charles McPherson on alto, Snookie Young and Lonnie Hillyer on trumpet, and Roland Hanna on piano. Titles include "The Shoes Of The Fisherman's Wife Are Some Jive Ass Slippers", "Adagio Ma Non Troppo", "The Chill of Death", and "The I Of Hurricane Sue". CD features the bonus track "Taurus In The Arena Of Life".  © 1996-2021, Dusty Groove, Inc.
(Out of print.)

Mingus Ah Um
Columbia, 1959. Used
CD...$2.99
One of Charles Mingus' true classics – and an essential album in any jazz collection! This 1959 gem was recorded by Mingus at a key point in his career – when he was rising from the jazz underground into the ranks of America's elite jazzmen, penning some of the most challenging work of ... CD