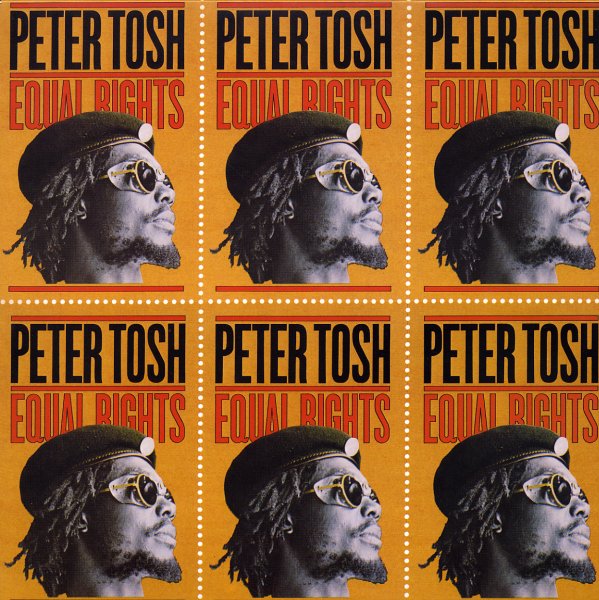 Peter Tosh's great, strongly strident second album – and easily one of his best! Equal Rights is up to par with the finest Wailers LPs, although this is a bit heavier than the groovy, mellow Legalize It, the more celebrated predecessor. A hugely important, essential set of mid-to-late 70s reggae on Columbia. Lots of classics – including "Stepping Razor" and "Get Up, Stand Up", plus "I Am That I Am", "Downpressor Man", "Jah Guide", "Equal Rights", and "African". 3 bonus tracks: "Apartheid" and live versions of "Pick Myself Up" and "African".  © 1996-2021, Dusty Groove, Inc.
(Out of print.)