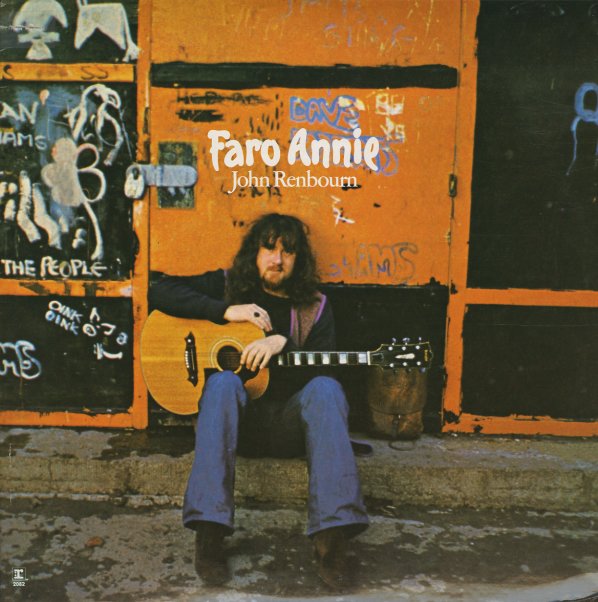 An album of understated brilliance from the great John Renbourn – a set that mostly just features John on vocals and guitar, working through tunes of a traditional nature – yet delivering a record that's full of tremendously powerful moments! There's none of the hoke here that you might have gotten from a folk revival record from a decade before – and instead, Renbourn's bringing all the amazing new discoveries he and his contemporaries have unlocked in the acoustic guitar, as a way of opening up some of the darker corners and spookier elements of the tunes – none of which should be that strong on their own, but which work together here beautifully. Renbourn gets a bit of help from time to time – vocals from Dorris Henderson, harmonica from Pete Dyer, and drums from Terry Cox – but most of the set is just vocals and guitar, even more timeless in 1971 than it might have been before John plays a bit of sitar and harmonica, too – and titles include "Kokomo Blues", "Little Sadie", "Shake Shake Mama", 'The Cuckoo","Willy O Winsbury", "Faro Annie", and "Come On In My Kitchen".  © 1996-2022, Dusty Groove, Inc.
(Tan label stereo pressing.)

After The Ball
Reprise, 1973. Very Good+
LP...$9.99
A set with a disco ball on the cover, but a record that fits right in with the best early 20th century aesthetic in the work of John Fahey – particularly his way of reiimagining older musical traditions! There's a bit of added instrumentation on the record – two tracks that have some ... LP, Vinyl record album

Ode To Billie Joe
Capitol, 1967. Very Good+
LP...$19.99
A key late 60s country crossover set, but one that also inspired a fair bit of funk as well! The title cut's a well-known gem – one that's been covered instrumentally in some break-heavy versions, but which sounds even more amazing here in Bobbie's original version – one of the ... LP, Vinyl record album