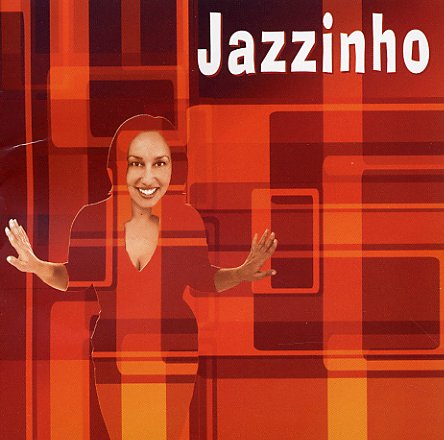 Jazzy, scatting, and wonderful! Jazzinho firmly carry the torch of 70s Brazilian jazz – picking up the sound that the music had just as it started to spill into European and American scenes, with bossa nova at the core, but lots of nice electric touches on the top! The group features some wonderful female lead vocals – very breezy, with a warm and sunny finish that really gives the record a wonderful feel. Instrumentation is strongly jazzy – not just beats and tricks – and honestly, the album's got a really solid 70s feel that makes us love it to death! Titles include "Vertigo", "Velejou", "Astral", "Yambou", "Sim Ou Nao", "Camponesa", and "Constelacao". This edition of the CD features four bonus remixes – "Sim Ou Nao" by Sleepwalker, "Constelacao" by Quant, "Sim Ou Nao by Eddy & Dus and "Yambou" by Phil Asher!  © 1996-2022, Dusty Groove, Inc.
(BMG Direct pressing.)