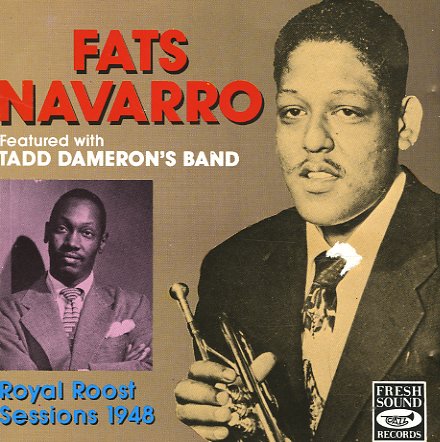 Features Fats Navarro on trumpet – with Tadd Dameron on piano, Rudy Williams on alto, Allen Eager on tenor, Curley Russell on bass, and Kenny Clarke on drums.  © 1996-2021, Dusty Groove, Inc.
(Out of print.)

September Song
Jubilee/Fresh Sound (Spain), 1955. Used
CD...$9.99
Dorothy Donegan tickles the ivories with a mighty nice touch – on a set that shows why she was quite a popular attraction on the 50s scene! Donegan's got a way of approaching the piano with a heck of a lot of vitality – really working the keyboard with great imagination, moving up and ... CD

Soul Of Toots Thielemans
Fresh Sound (Spain), 1959. Used
CD...$6.99
One of the strongest jazz albums we've ever heard from Toots Thielemans – and one of the straightest, too! The session has a no-gimmicks, straight-ahead approach that features Toots grooving on guitar and harmonica in small combo format – working with the Ray Bryant trio, and coming up ... CD