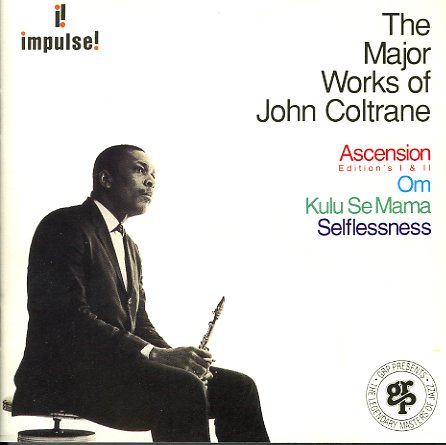 Some of the most spiritual music that John Coltrane ever recorded! The package presents the full contents of the albums Om and Ascenscion – the latter of which is presented here in both takes of the long group improvisation – plus the long tracks "Selflessness" and "Kulu Se Mama".  © 1996-2022, Dusty Groove, Inc.
(Out of print.)