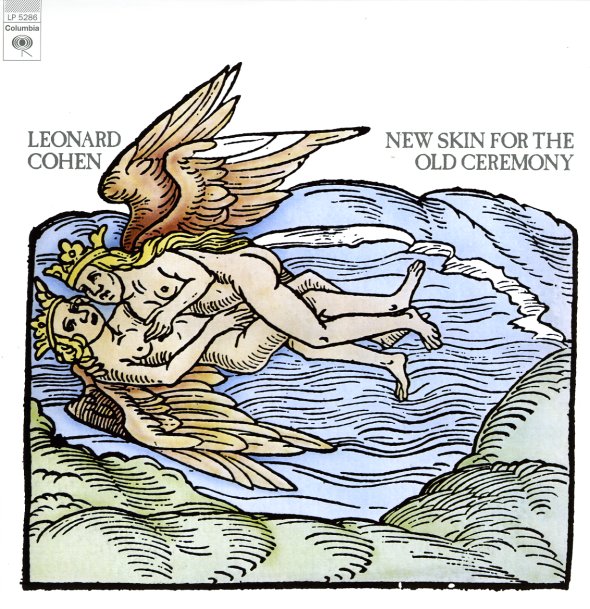 New Skin For The Old Ceremony

New Skin for Leonard Cohen, who by 1974 was ready to start singing with a bit more flair, and do so over more textured arrangements – but still raw both emotionally and in the unglossy instrumentation! The core of the sound is still Cohen's voice, his words, and acoustic guitar – but this record brings in some ragged acoustic instrumentation and loose percussion, as well as some more layered strings, some winds, and backing vocals – Janis Ian among the vocalists. On later records, bigger productions would nearly choke the natural life out of Cohen's songs, but this is one of those totally great records where the change in sound would actually enhance the material in the studio – allowing for one of his best albums of the 70s. Titles include "Is This What You Wanted", "Chelsea Hotel #2", "Lover Lover Lover", "Field Commander Cohen", "Ther Is A War", "A Singer Must Die", "Leaving Greensleeves" and more.  © 1996-2021, Dusty Groove, Inc.
(180 gram EU pressing on Music On Vinyl. Includes the insert.)