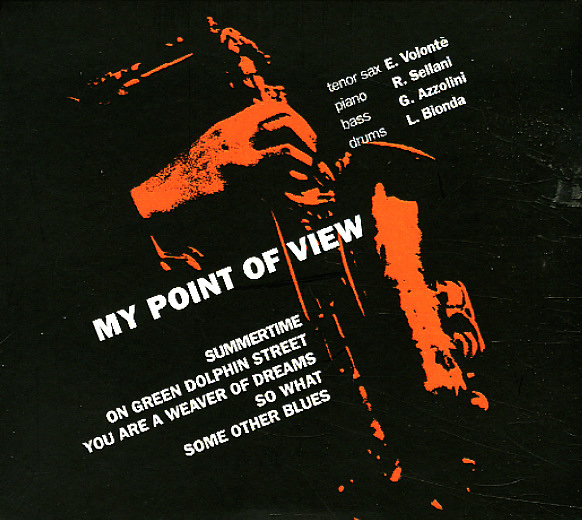 A rare treasure from the early 60s Italian jazz scene – one of the earlier albums we've heard from tenor sax player Eraldo Volonte, even though he'd been active in the Italy's jazz landscape for a number of years by this point – and it's really beautiful stuff! A veteran of the Italian scene by the early 60s, Volante was also deeply connected to the innovative global players of the time and the preceding years, with a Coltrane influence in play on this excellent set, as filtered through Volante and his exceptional group. The quartet features Giorgio Azzolini on bass, Renato Sellani on piano and Lionello Bionda on drums. Titles include "Summertime", "On Green Dolphin Street", "You Are A Weaver Of Dreams", "So What" and "Some Other Blues".  © 1996-2022, Dusty Groove, Inc.

One Tension
CBS/Be! (Germany), 1963. New Copy Tri-fold (reissue)
LP...$19.99 28.99
Incredible early work from one of Germany's greatest modernists – one of the key records that showed the world that German jazz was way more than just a rehashing of American modes in the postwar years! This rare 1963 recording features the quintet of trombonist Albert Mangelsdorff – a ... LP, Vinyl record album