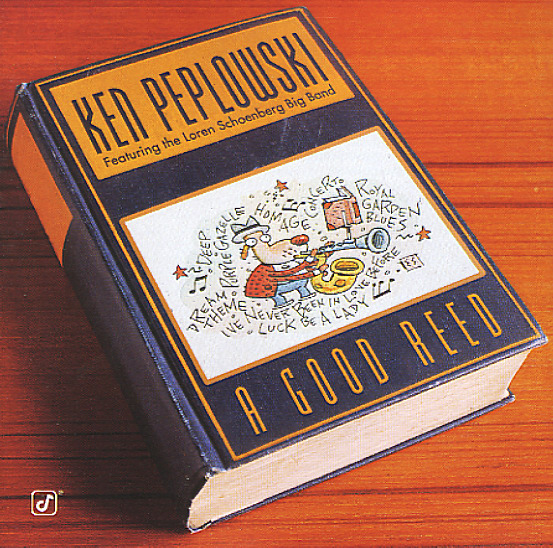 Ken Peplowski on clarinet and tenor saxophone, Ben Aronov on piano, Greg Cohen on bass, and Chuck Redd on drums with the Loren Schoenberg Big Band.  © 1996-2023, Dusty Groove, Inc.
(Out of print.)