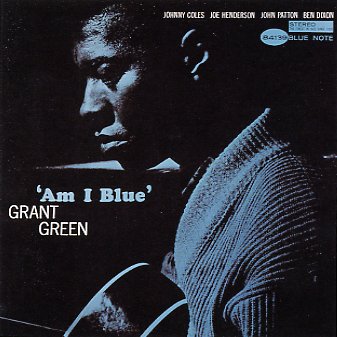 Am I Blue (RVG Remaster)

One of Grant Green's mellowest albums – a haunting set of intimate ballads and blues, played with a quintet that includes John Patton on organ, Joe Henderson on tenor, and Johnny Coles on trumpet. Henderson and Coles give the album a very different feel than the usual Grant Green soul bop session – and Green proves himself to be a sensitive soloist more than capable of opening up new moods and colors of old standards like "For All We Know", "Am I Blue", and "I Wanna Be Loved".  © 1996-2021, Dusty Groove, Inc.
(BMG music club pressing.)