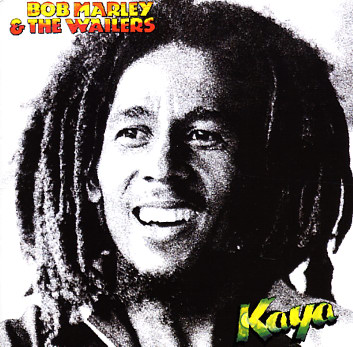 Sweet grooves from the great Bob Marley – a set cut at a time when Marley was really riding his international fame – and able to create the kind of music that reached out way more than conventional reggae! The Kingston roots of the sound are still very firmly in place – but there's also a more globally-expansive vision here too – partly the tight production on the music, partly the warm feelings that ebb and flow throughout the entire set – a vibe that's very different than American soul, and which has turned out to be surprisingly encompassing over the years. Titles include "Is This Love", "Running Away", "Kaya", "Satisfy My Soul", "Easy Skanking", "Sun Is Shining", "She's Gone", "Misty Morning", "Crisis", and "Time Will Tell" – plus this reissue adds "Smile Jamaica" as a bonus track.  © 1996-2021, Dusty Groove, Inc.
(Punch through barcode.)

Toots Live
Island (UK), 1980. Used
CD...$14.99 (LP...$26.99)
A triumphant live performance from Toots Hibbert and The Maytals – recorded in London at a time when the group was really riding high – able to serve up their music with a sense of majesty that really fit the spirit of the larger arena! The tunes are mostly classics, but they've got a ... CD

Down In A Tenement Yard – Sufferation & Love In The Ghetto – 1973 To 1980
Trojan (UK), 1970s/Early 80s. Used 2 CDs
CD...$19.99
Sufferer's choice! 2 discs worth of heavy roots, not just heavy in terms of the dark, militant rhythms, but also heavy in the message, giving the Kingston-centered take on life in the ghetto. During the height of the roots era nearly all culturally minded artists approached the subject of yard ... CD