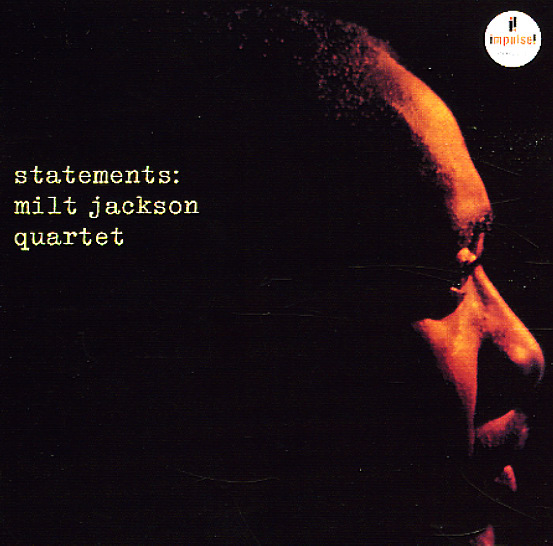 A great statement from vibist Milt Jackson – one of his key solo sessions in a great 60s run of recordings away from the Modern Jazz Quartet! Like the classics that followed this one, the vibe is much more soulful than any of Milt's records with the MJQ – kind of an extension of the groove he hit on 50s dates for Savoy and Prestige, swung with an even tighter feel here in the Impulse Records setting! The backing's from a trio that includes Hank Jones on piano, Paul Chambers on bass, and Connie Kay on drums – and the tracks are short, but have some nice haunting themes that work well with the sensitive vibes of Jackson and piano of Jones. Titles include "Put Off", "Statement", "Slowly", "Sonnymoon For Two", and "Thrill From The Blues".  © 1996-2022, Dusty Groove, Inc.
(Out of print, punch through barcode.)