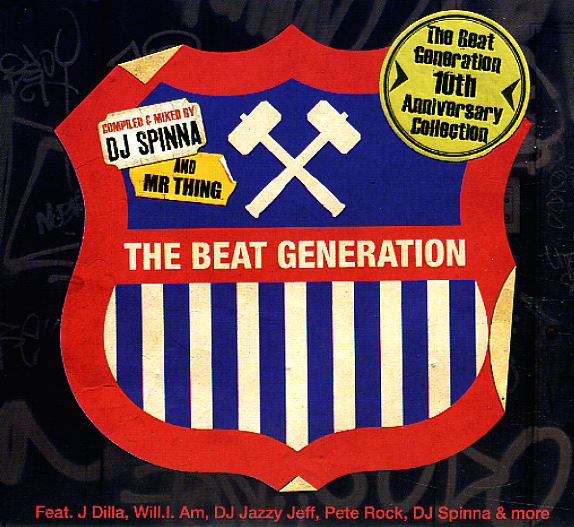 A celebration that's a decade in the making – compiling some of the best material from the producer-centric series of hip hop albums on BBE/Beat Generation – timeless boombap from Jay Dee, Madlib, DJ Spinna, King Britt, Marley Marl, DJ Jazzy Jeff, Pete Rock and others! The 2CD compilation features sets compiled and mixed by DJ Spinna and Mr Thing – which not only feature stellar beats by the producers at the helm, but rhymes and vocals from the likes of Talib Kweli, Slum Village, Jill Scott, Bahamadia, Guilty Simpson and many more. One thing we appreciated from the get-go with albums in the Beat Generation series was the effort to make records that were built to last – and as much as 10 years later, it holds up really well! The 2CD version features sets deftly mixed by Spinna & Mr Thing, and a sprawling set list that includes "Stop" by Madlib, What It Do" by Madlib feat Talib Kweli, "Are You Ready" by DJ Jazzy Jeff feat Slum Village, "Hummin'" by Marley Marl feat Roy Ayers & Edwin Byrdsong, ""Live Us Sold" by DJ Spinna feat Abdul Shylon, "Galactic Soul" by DJ Spinna, "Transcend" by King Britt feat Bahamadia, "Give It To Y'All" by Pete Rock feat Roc Marciano & Trife, "African Rhythms" by Jay Dee, "Lay Me Down" by Will I Am feat Terry Dexter and many more.  © 1996-2022, Dusty Groove, Inc.