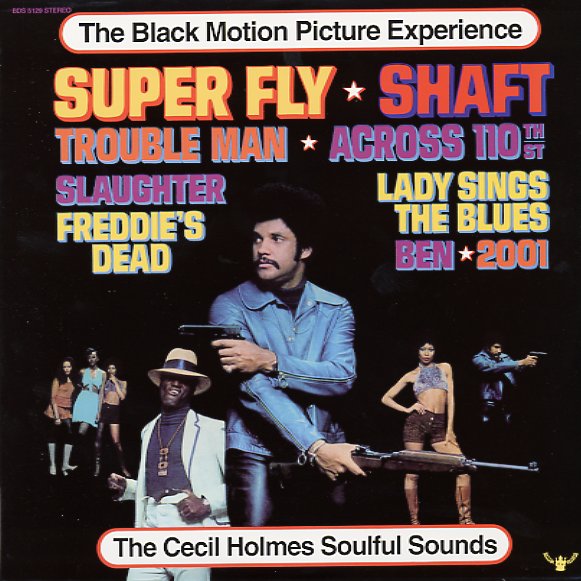 An album that tries to do a heck of a lot in such a short space – and turns out to be even better than you might guess! Few folks would try to take on the entire black motion picture experience of the 70s with a single record – but funky arranger Cecil Holmes does just that, and turns out this beautiful blend of the best cuts from famous soundtracks – all remade by his ensemble in a soaring melange of strings and soul! There's plenty of funky currents here – thanks to sharp arrangements from Tony Camillo, and a killer group that also includes the mighty Pat Rebillot on keyboards – plus plenty of wah wah guitar, and enough strings to make the album rank up there with the soundtrack feel of the day. Titles include versions of "Superfly", "Slaughter", "Freddie's Dead", "Across 110th Street", "2001", "Ben", and "Trouble Man".  © 1996-2021, Dusty Groove, Inc.
(Sealed original pressing! Cover has a cutout mark.)