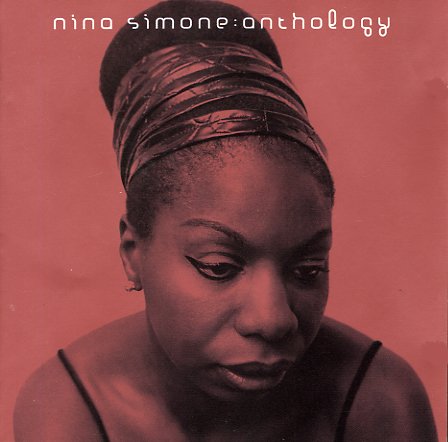 Little Girl Blue (aka Jazz As Played In An Exclusive Side Street Club)(remastered edition)
Bethlehem, 1957. Used
CD...$7.99
A classic set of early jazz recordings by Nina Simone – one of her first albums ever, but already with an approach that's quite different from other singers of the time! Nina's singing a fair bit of standards here, but she brings a deeply personal approach to the material – inflecting ... CD

Let It Be Me – Recorded Live At Vine Street
Verve (Germany), 1987. Used
CD...$2.99
A cool 80s set from Nina Simone – recorded live in spare trio formation, with a sound that's a lot more old school than you might guess from the date! Nina's piano has this nicely broken-down quality – almost a raspy edge that complements her unique vocals nicely, and quite different ... CD

Me & The Blues
RCA, 1964. Used
CD...$4.99
One of Joe's excellent albums from the 60s for RCA – set to backings from Jimmy Jones and Oliver Nelson, both of whom nicely update Joe's sound for the 60s! The tunes are mostly older numbers that recall Joe's earlier years, particularly those with Basie – but the arrangements are a ... CD

Joe Williams At Newport 63/Jump For Joy
Collectables/RCA, Early/Mid 60s. Used
CD...$8.99
2 of Joe's best records of the 60s! At Newport is a nicely relaxed live set has Joe hitting a very soulful groove – one that's much more open than on some of his studio albums, which are often far too cluttered to swing. Backing is by an all-star group that includes Coleman Hawkins, Junior ... CD

Lady In Red
RCA (Spain), 1958. Used
CD...$9.99 (LP...$9.99)
Plenty of blushing tones here – a classic late 50s RCA set from Abbe Lane, and one that has her working with some very cool backings from the legendary Sid Ramin! Although Abbe's best known for her Latin sides with Tito Puente, Ramin does a really wonderful job too. Sid's approach is a bit ... CD

Bistro Ballads
RCA (Spain), 1955. Used
CD...$9.99
A wonderful album of sad-tinged saloon songs – sung by Chicago vocalist Audrey Morris, in the same small combo style she was using in the clubs at the time! Audrey accompanies herself on piano, backed by only the bass of Johnny Pate and drums of Charles Walton – in a lean style that ... CD