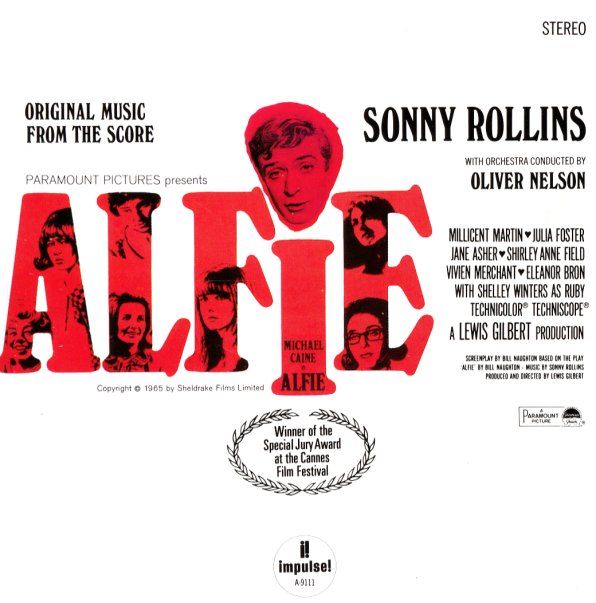 A beautiful soundtrack to the dark British comedy of the same name – starring a young Michael Caine! You might expect it to be a bit schmaltzy, but it's pure jazz all the way through, and features strong inside playing by Rollins over lively orchestrations by Oliver Nelson – filled with moody colors, great changes, and a vibrant sense of energy that's far deeper than the actual film! The group includes Phil Woods, Kenny Burrell, and J.J. Johnson, and they swing hard on all tracks. Titles include the 10 minute workout of "Alfie's Theme", plus a shorter "Differently" version" – plus "On Impulse", "Transition Theme", and "He's Younger Than You". Nice stuff throughout, and much more of a jazz album than a soundtrack!  © 1996-2021, Dusty Groove, Inc.
(Stereo rainbow label pressing. Cover has moderate ring and edge wear with a cutout hole.)