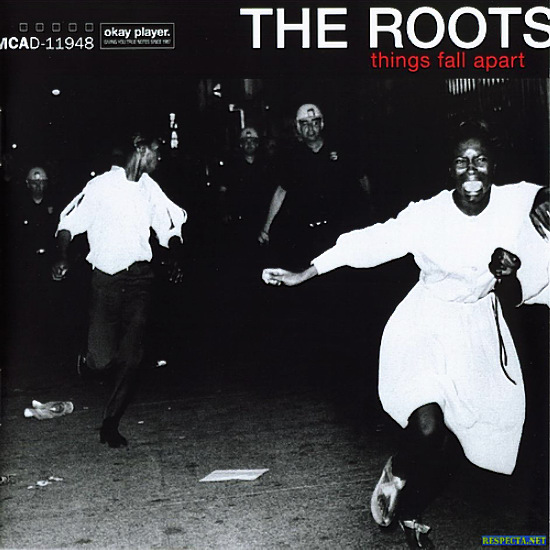 A landmark effort from the Legendary Roots Crew – one that a lot of folks hail as their greatest album – and there's a strong case to be made for that! Jazzy soul backdrops and lyrics that both personally and culturally reflective – and it's also the best produced Roots album to this point, with an unpredictable, yet perfect flow from track to track. Guests include Mos Def, Common, Erykah Badu and JazzyFatNastees. Titles include "The Next Movement", "Step Into The Realm", "The Spark", "Dynamite", "Without A Doubt" "Ain't Sayin' Nothin' New", "Double Trouble", "Adrenaline!" and "Don't See Us".  © 1996-2022, Dusty Groove, Inc.
(Limited edition church cover.)

Phrenology (limited edition CD & DVD)
MCA, 2002. Used CD & DVD
CD...$4.99
On Things Fall Apart ?uestlove, Black Thought, DJ Scratch, Rahzel and co. reinvigorated the scene with a Philly style soulful, melancholy groove that seemingly influenced the entirety of the NuSoul world – and it could even be argued that the Roots birthed that whole scene. Phrenology ... CD

Like Water For Chocolate
MCA, 2000. Used
CD...$5.99
A huge creative leap forward for Common! Com had been slowly moving from a Chicago street poet role into a more universally conscious hip hop soul from record to record to this point, but Like Water For Chocolate is the one that really catapulted him deep into that realm – especially given ... CD