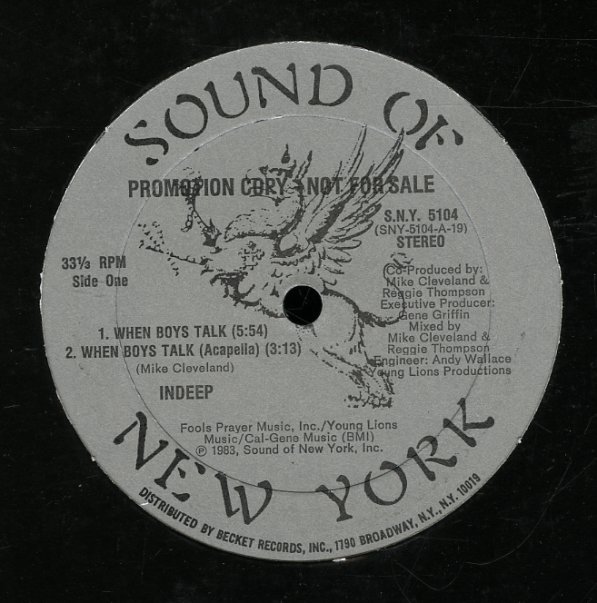 The other single from one-hit-wonders Indeep. The cut has almost the same feel as "Last Night A DJ Saved My Life", with an insistent beat and a propulsive bass pedal, and a sort of chirping funky guitar line, but at a slightly slower tempo. The scratch versions don't actually have scratching on them, but are more like striped down bonus beats.  © 1996-2021, Dusty Groove, Inc.
(In a Sound Of New York sleeve.)