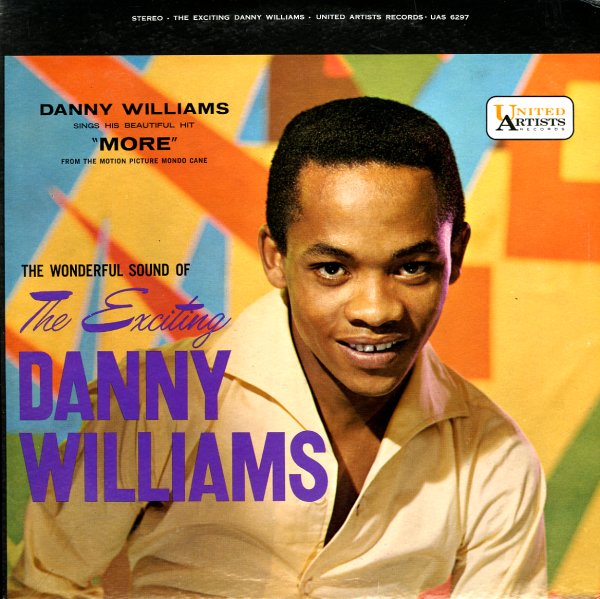 (Cover has a patch of adhesive residue and a small rip on the spine, light surface wear, and a DJ stamp. Label has a small sticker.)

Never Never Never
United Artists, 1973. Near Mint- Gatefold
LP...$7.99
A warmly-crafted 70s album from the great Shirley Bassey – a set that continues that great move she was making at the end of the 60s – shaking off some of the bolder, brassier styles that famously got her going at the start, but which were maybe sounding a bit dated after the James Bond ... LP, Vinyl record album

Lady Love (Douglas Collection)
United Artists, Early 50s. Sealed
LP...$14.99
Rare live work from Billie Holiday – mostly from the early 50s, but not issued until a few years after her death – in a well-done package from United Artists! The tunes were mostly recorded under the supervision of Leonard Feather – and come from two different German tour dates ... LP, Vinyl record album

Persian Room Presents Diahann Carroll
United Artists, 1959. Very Good
LP...$9.99
A great early album from Diahann Carroll – the kind of set that shows that she was already ahead of the pack on the scene! The album's a mix of jazz vocals and more uptown material – all handled by the young Peter Matz, who does a great job with the charts – at a level that ... LP, Vinyl record album

Band & I
United Artists, 1959. Very Good+
LP...$14.99
Sparkling work from singer Irene Kral – and possibly the best album she ever cut! The backings here are by the Herb Pomeroy group – a slightly modern ensemble that still knows how to swing with a good dose of Boston soul – and the overall feel of the album's a lot more forceful ... LP, Vinyl record album

Did You Ever Hear The Blues
United Artists, Late 50s. Very Good+
LP...$14.99
Nice obscure set of blues material recorded for United Artists – featuring the little-known Big Miller performing a set of 11 compositions from the pen of Langston Hughes. The backing on here is similar to that of a Jimmy Rushing album from the same time – as it includes arrangements ... LP, Vinyl record album