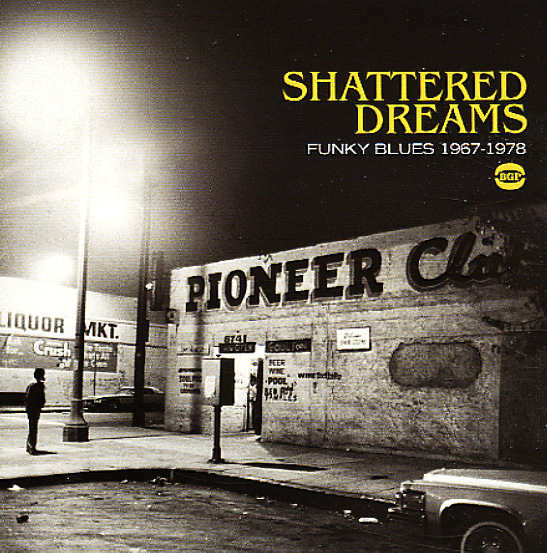 Funky blues treasures from the late 60s & early 70s – a once-scoffed at movement from a period when aging blues stars and purist blues fans alike were hesitant to accept their beloved style modernized in a funky fashion – but the best of it stands up today as some of the coolest and most unique funk, blues and soul of the era! BGP does a terrific job here of digging a bit deeper then some the more famous blues funk fusions, with numbers by Slim Green, Al King, Icewater Slim, Little Milton, The Johnny Otis Show, Al King, Big Daddy Rucker, Buddy Guy and more. 21 tracks in all: "Shake 'Em Up" by Slim Green, "It Took A Long Time" by Finis Tasby, "I'm Not The Best" by Buddy Guy, "Tough Competition" by Ray Agee, "Eli's Pork Chop" by Little Sonny, "Playing On Me" by Albert King, "Good Feeling" by Freddy Robinson, "Welcome Home" by Lowell Fulson, "Comin' At Ya Baby" by The Johnny Otis Show, "That's What Love Will Make You Do" by Little Milton and more.  © 1996-2020, Dusty Groove, Inc.