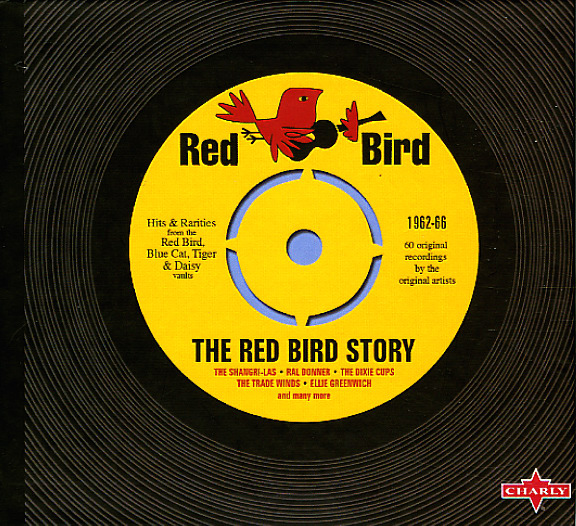 Red Bird was a groovy little label set up in the mid 60s by Lieber & Stoller after years of success churning out pop hits for Atlantic. And while the label was fairly short-lived, they did have a number of big records – like "Chapel Of Love" by The Dixie Cups, "Leader Of The Pack" by The Shangri-Las, and "The Boy From New York City" by The Ad-Libs – all of which are on this set. The best stuff, though, is some of the labels' groovy harmony tracks, which show up here as a mix of surf-sounding tunes and group soul material – titles like "Girl From Greenwich Village" by The Tradewinds, "I Got A Dream" by The Soul Brothers, "Baby Be Mine " by The Jelly Beans and more. There's also some nice titles by single artists – including early work by Linda Jones, Sam Hawkins, Didi Noel, and Alvin Robinson. 60 cuts in all, on 2 CDs, with a great booklet!  © 1996-2022, Dusty Groove, Inc.