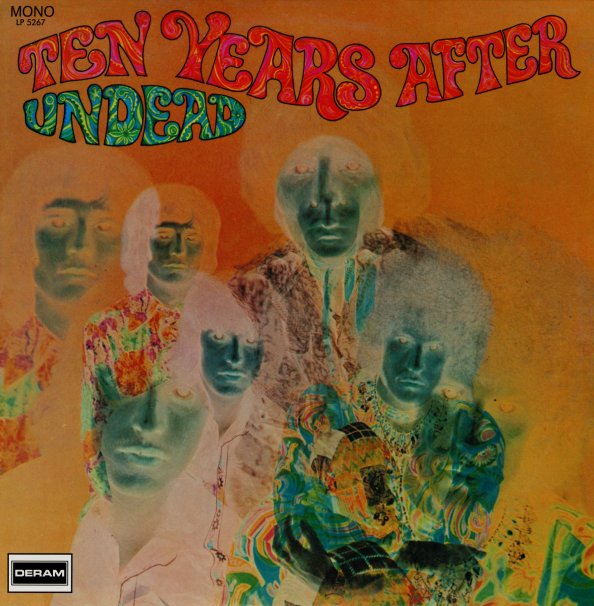 A searing live document of the magic of Ten Years After – recorded at London's Klooks Kleek as a great example of the kind of sound that got the group a huge amount of attention before they were even signed to a record label! The sound's still got some of the bluesy influences that both the group and that club were known for – but the guitar of Alvin Lee is really taking off, especially on the album's very long tracks – which seem to insist on solos that would go onto influence a whole psychedelic generation. The Hammond solos are great, too – and titles include "I May Be Wrong But I Won't Be Wrong Always", "Spider In My Web", "I'm Going Home", and a surprisingly great take on Woody Herman's "Woodchopper's Ball", which is completely transformed here!  © 1996-2021, Dusty Groove, Inc.
(Stereo UK pressing. Cover has ring and edge wear with fully unglued seams.)