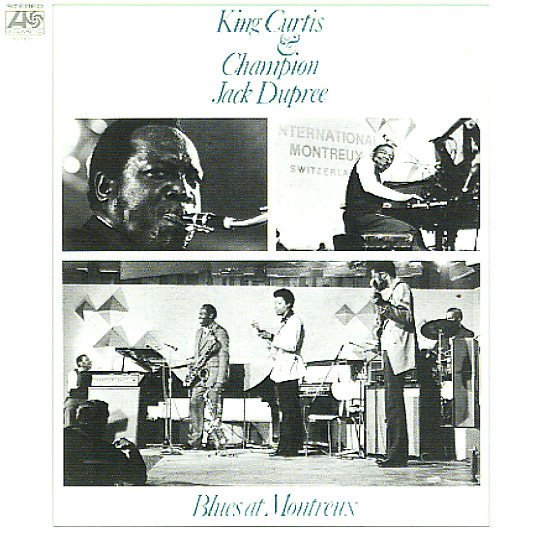 One of the last albums that King Curtis ever recorded – and an unusual session of mostly blues-based material, recorded at the Montreux Jazz Fest with Champion Jack Dupree! In a way, the setting really unlocks some of Dupree's more jazz-oriented modes – in a group that features Curtis on tenor and alto, Jack on piano and vocals, and rhythm from Cornell Dupree on guitar, Jerry Jemmott on bass, and Oliver Jackson on drums! Things start out rootsy, but really take off as the record moves on – and the setting actually gives Curtis a chance to stretch out a lot more than most of his previous recordings for Atlantic. Titles include "Get With It", "Sneaky Pete", "Junker's Blues", "Everything's Gonna Be Alright", and "I'm Having Fun".  © 1996-2022, Dusty Groove, Inc.
(Cover has surface and edge wear, a peel from an old sticker, remnants of another sticker, a cut-out notch and the top seam has been taped.)