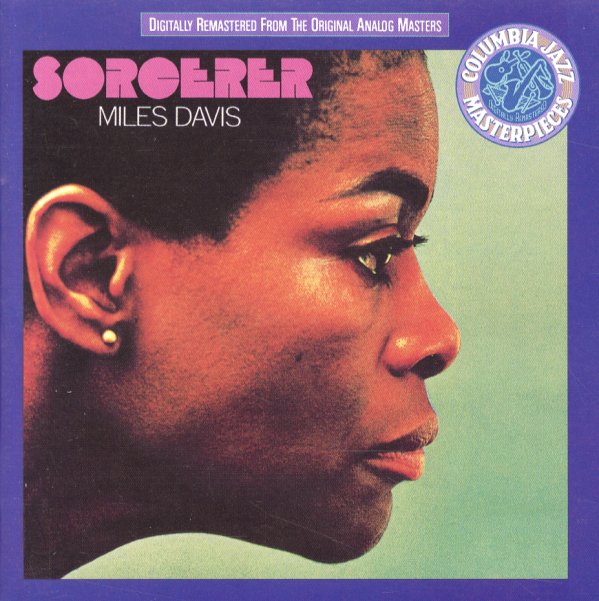 Another bold new direction for the legendary Miles Davis Quintet of the 60s – a set that has some of the angular styles of earlier albums, but also a bit more of the flowing grace to come in the electric years! A key illustration of this is the leadoff track "Prince Of Darkness" – which has a fluid sensibility that still never fails to floor us, even all these many decades later! The rest of the tracks are equally great – even when subtle – and by this point, the group of Davis, Wayne Shorter, Herbie Hancock, Ron Carter, and Tony Williams were well earning their acclaim as one of the most groundbreaking groups in jazz. Titles include "Prince Of Darkness", "Masqualero", "The Sorcerer", "Pee Wee", and "Vonetta" – plus the odd inclusion of a vocal version of "Nothing Like You" – recorded 5 years before with singer Bob Dorough and arranger Gil Evans! The tune's an odd cap to this otherwise cohesive set – but we love it plenty too, and it somehow oddly fits! CD reissue features alternate takes of the tracks "Masqualero" and "Limbo"!  © 1996-2022, Dusty Groove, Inc.

Live Evil
Columbia, 1972. Used 2 CDs
CD...$9.99 (LP...$44.99)
A beautiful live representation of the energy of the Bitches Brew years – one that has Miles Davis and the group really letting loose with free-flowing, modally-inspired lines – cooking up an incredible blend of acoustic and electric sounds at once! There's a bit of funk here, but not ... CD