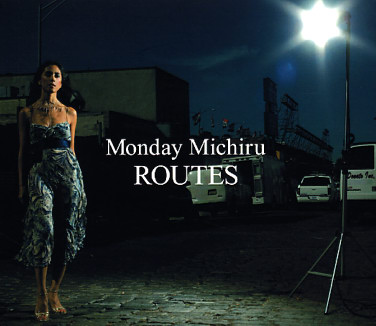 Another top-shelf session from Monday Michiru – one of the few current artists who's been able to hold our attention for so many years, thanks to an ever-deepening quality in her work! Back at the end of the 90s, we were first amazed when Monday moved simpler dance-based work into more complicated singer-songwriter soul – and we've listened in wonder as she's picked up stronger jazz, Latin, Brazilian, and soul influences as the years have gone on – really growing into her own, and maturing wonderfully with age! This album's way way past the early efforts that were so strongly shaped by her co-collaborators – and features production and all original songs by Monday – recorded live in the studio with a warmly glowing quality that matches the righteous vibe of the tunes and the free-soaring spirit of her vocals. If you were ready to get tired of Monday's sound and style, this isn't the album to do it – because each new track is a surprising delight, and makes us fall in love with her work all over again! Titles include "I'm Still Here", "Yellow Light", "Dig Deep", "The Right Time", "Hung Up", "Be Who You Are", "Touch The Sky", "A New Way", and "Philosophy Road". CD also features the bonus track "Sketches Of Myself".  © 1996-2021, Dusty Groove, Inc.
(Includes slipcase.)