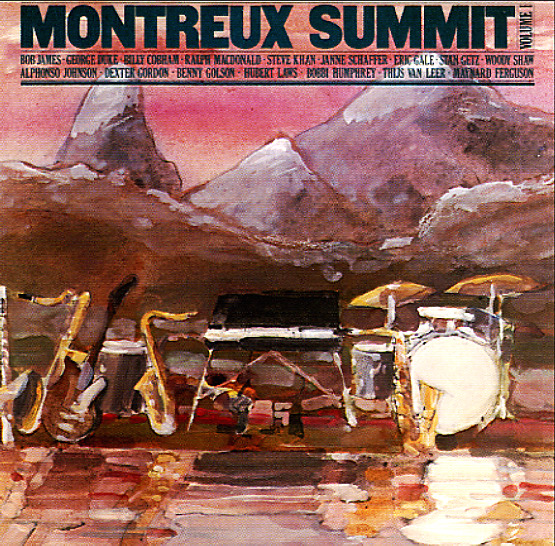 A really amazing little record – way more than usual for this sort of live recording – given that it features some very unique performances together by artists we've never heard on the same stage otherwise! The premise is simple, but wonderfully effective – in that the album brings together some of the leading lights of the Columbia/CBS jazz stable at the time – a massive lineup of talent from a few key generations in jazz, sounding surprisingly great hear together! All tracks are nice and long – and titles include a brilliant version of "Infant Eyes" by a quartet with Stan Getz on tenor and Bob James on piano; "Fried Bananas" with Dexter Gordon on tenor, Slide Hampton on trombone, Woody Shaw on trumpet, and George Duke on piano; "Bahama Mama" with Bob James on keyboards, Bobbi Humphrey on flute, Eric Gale and Steve Kahn on guitars, and Billy Cobham on drums – and the long jam session tracks "Montreux Summit", "Blues March", and "Andromeda" – which feature work from most of the players above, all working in one large group – plus added flute from Hubert Laws and Thijs Van Leer, percussion from Ralph Maconald, and bass from Alphonso Johnson.  © 1996-2022, Dusty Groove, Inc.
(The vinyl is great, but the cover has some staining along the opening side.)