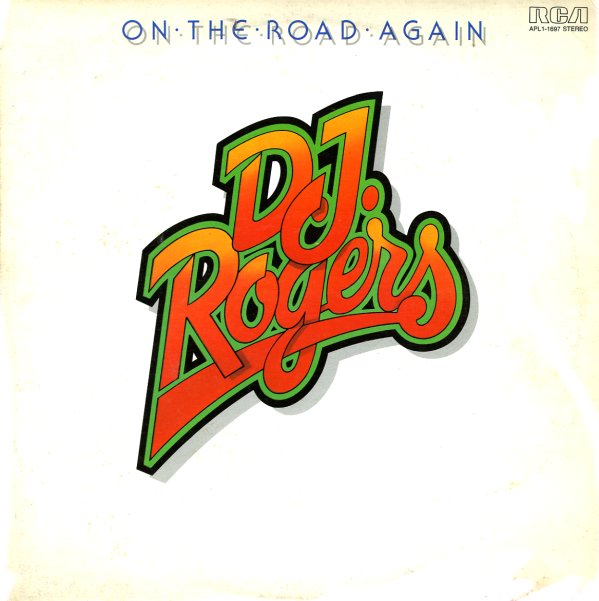 Classic work from the great DJ Rogers – with a soaring, sweeping, righteous soul feel that reminds us of Rance Allen at his best, or of some of the smooth work of Lamont Dozier from the same time. DJ wrote, arranged, and produced all the tracks on this album, and the cuts have a slight nod towards spiritual gospel, with excellent jazzy touches that keep things in a modern vein. Titles include "Let My Life Shine", "Secret Lady", "Girl I Love You", "Say You Love Me, One More Time", and "Holding On To Love".  © 1996-2021, Dusty Groove, Inc.
(Original pressing, still sealed! Cover has a cutout notch.)

Love, Music & Life
RCA, 1977. Very Good+
LP...$5.99
Like all of DJ's RCA LPs, this one's a very nice batch of smooth mellow soul, with tight arrangments that have DJ on electric piano and other keyboards, and singing in his beautiful rich voice. Titles include "Love Is All I Need", "Saved By Love", "Love Is On The Way" ... LP, Vinyl record album

Trust Me
Columbia, 1979. Very Good+
LP...$5.99
Great stuff – and one of DJ Rogers' most perfectly realized albums! DJ's righteous approach from earlier records is firmly intact – but it's given a bit of a boost, in that perfect Columbia smooth modern mode of the late 70s, with a clear indication that Maurice White and the Kalimba ... LP, Vinyl record album

Return Of The Moonglows
RCA, 1972. Very Good
LP...$4.99
Excellent album that Harvey Fuqua put together with his old band during the time that he had emerged as a successful soul producer at RCA working with bands like The Nite Liters and The New Birth. The album features the group reprising some of their classic doo wop tracks, and giving them a 70's ... LP, Vinyl record album

Twistin' The Night Away
RCA, 1962. Very Good
LP...$49.99
An album of twisting tunes, designed to cash in on the big craze of the early 60s – but also one of Sam Cooke's best full albums for RCA! True, most of the tracks have "twist" in the title – but that also means that they're nice groovers too – usually with the kind of ... LP, Vinyl record album