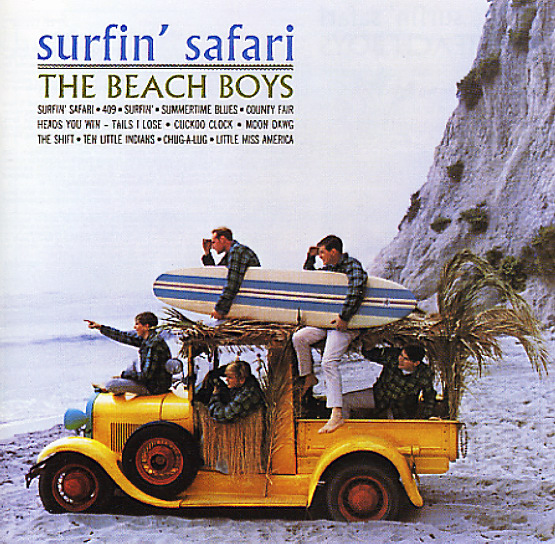 2 early albums from The Beach Boys, plus 3 bonus tracks, making for a great 27 track set that features some wonderful gems! Our favorite is "The Lonely Sea", an incredible number filled with sadness and longing, set to a sophisticated mellow harmony sound that points the way towards Pet Sounds. Other nice ones include "Land Ahoy", "Cindy, Oh Cindy", "The Shift", "Chug A Lug", and "Heads You Win, Tails I Lose". Also includes "Surfin Safari", "County Fair", "409", "Surfin USA", "Miserlou", "Shut Down", and "Let's Go Trippin".  © 1996-2022, Dusty Groove, Inc.
(BMG Direct pressing.)