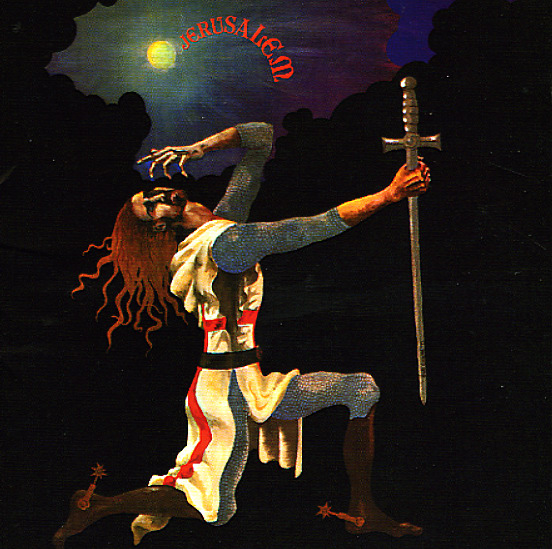 A record with a much harder edge than you'd expect from the cover – not the ancient vibe of a medieval crusade, or the religiosity in the title – and instead this searing entry to the hard rock underground at the time! The group have a really heavy Black Sabbath sort of sound – with excellent lead guitars from Bob Cooke, and a sinister sound that has the grooves really dipping down into the depths, pushed even further by evil-edged vocals from singer Lynden Williams. The album's got the raw power of Sabbath's best work – and the whole thing's a killer record that should have been an instant classic. Titles include "Midnight Steamer", "Frustration", "Hooded Eagle", "Primitive Man", "She Came Like A Bat Out Of Hell", and "When The Wolf Sits".  © 1996-2021, Dusty Groove, Inc.