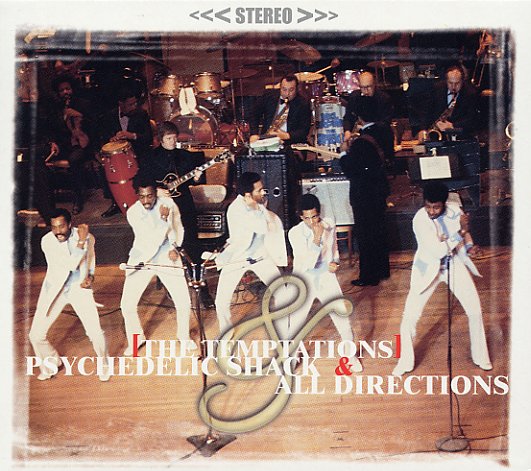 2 killers by The Temptations! Psychedelic Shack is a Motown classic – with a deep heavy soul sound that mixed in loads of psychedelic elements in a rolling righteous groove that was perfect for the political tenor of the times. The formula worked extremely well for The Temps, and shifted them from being just a regular Motown vocal group into a super soul power that shaped soul music heavily in the next few years. Includes the classic "Psychedelic Shack", plus "Friendship Train", "Take A Stroll Thru Your Mind", "Hum Along And Dance", and "It's Summer". All Directions is pretty darn great, too – with less of a coherent sound, but plenty of great tracks – including "Love Woke Me Up This Morning", "Funky Music Sho Nuff Turns Me On", "Papa Was A Rollin Stone", and "Mother Nature".  © 1996-2021, Dusty Groove, Inc.
(Out of print, slipcase is not included.)

Temptin Temptations
Motown, 1965. Used
CD...$1.99
Classic early Temptations – a wonderful little record produced by Smokey Robinson with a sweet group finish! The harmonies are impeccable, and the sound is perfect Motown – tight and classy, but with enough rough edges to keep things soulful at the best parts – and there's a ... CD