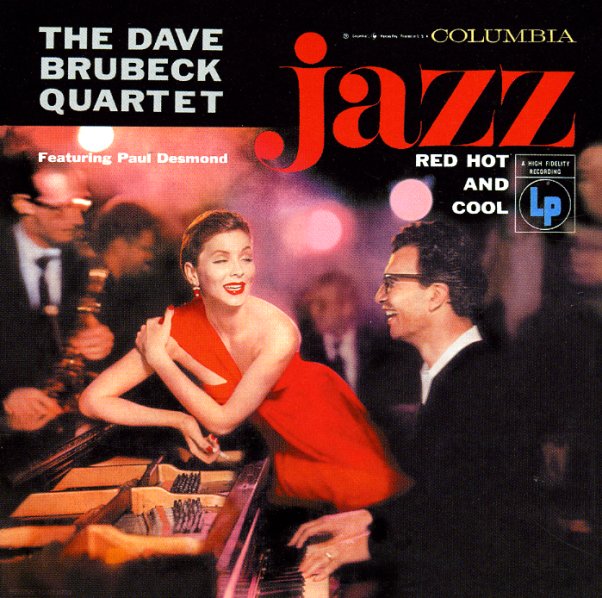 A sweet live set from Dave Brubeck's early years on Columbia Records – recorded in New York, but with all the calculated cool and modern tones Brubeck first forged in the San Francisco scene of the 50s! Paul Desmond's on board on alto sax – really getting a lot of space to stretch out on the album's extended performances, with a haunting, floating tone that really sends us. Remaining members include Bob Bates on bass, and Joe Dodge on drums – and tracks include "Lover", "Love Walked In", "The Duke", "Little Girl Blue", and "Fare Thee Well Annabelle". CD features 2 bonus tracks, previously unissued – "Taking A Chance On Love" and "Closing Time Blues".  © 1996-2022, Dusty Groove, Inc.

Bossa Nova USA
Columbia (Japan), 1962. Used
CD...$19.99
Way more than just a gimmicky bossa nova session – and a surprisingly great showcase for the inventive rhythms of the Brubeck group, and the sensitive alto work of Paul Desmond! The record's got a really different feel than some of Dave's other work for Columbia – in that the modernism ... CD

Time Further Out (with bonus tracks)
Columbia, 1961. Used
CD...$4.99
Like Dave Brubeck's legendary Time Out set? Try this one – a great record that takes off from the concept of the first, but which goes in some very fresh new directions – using the same great group with Paul Desmond on alto, Eugene Wright on bass, and Joe Morello on drums! Dave's ... CD