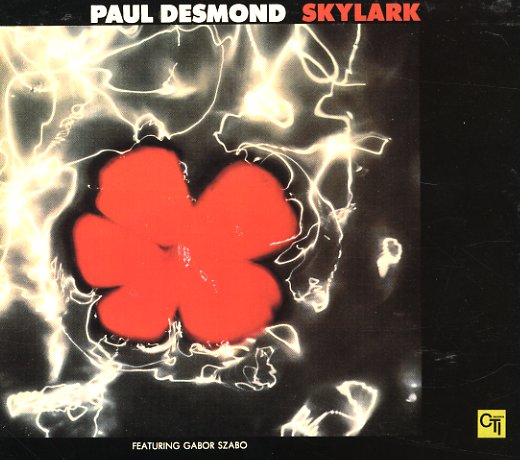 A stunning 70s set from the great Paul Desmond – one that has the tremendous alto player finding an even fresher groove than before – yet all without losing any of the class and control that made him so great in the 50s and 60s! Don Sebesky arranged the set, but most of the instrumentation is nice and lean – small group modes that allow Paul's alto to soar out in the lead, often alongside some excellent guitar work from Gabor Szabo and Gene Bertoncini – the latter of whom provides accompaniment that takes us back to some of Jim Hall's music with Desmond. Bob James plays a bit of piano on the record, and rhythm is by Ron Carter on bass, Jack DeJohnette on drums, and Ralph MacDonald on percussion – plus a bit of cello from George Ricci, who shades tunes in with a mighty nice sound. But as you'd guess, the main focus is on Desmond's sublime alto sax – on titles that include "Was A Sunny Day", "Take Ten", "Music For A While", and of course, "Skylark".  © 1996-2022, Dusty Groove, Inc.
(Out of print.)