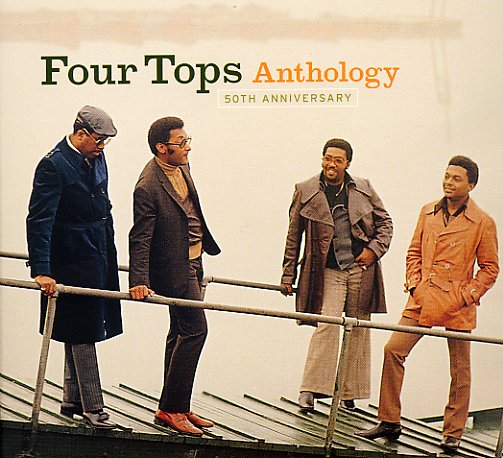 A pretty darn big collection of work from the 4 Tops – one that spans both their Motown and ABC years, and which also throws in some surprising bits that we wouldn't have expected! The set's got a few previously unreleased mixes, but overall, all the material has been out before – just never in such a comprehensive or well-done package! There's a total of 48 tracks on the set, and titles include "Seven Lonely Nights", "Ain't No Woman", "Sweet Understanding Love", "A Simple Game (UK single mix)", "River Deep Mountain High (stereo single)" with the Supremes & Four Tops, "MacArthur Park (part 2)", "Just Seven Numbers", "Yesterday's Dreams", "If I Were A Carpenter", "Walk Away Renee (alternate mix)", "Something About You", "Nature Planned It", "HELP", "Catfish", "When She Was My Girl", "Are You Man Enough", "7 Rooms Of Gloom", "Standing In The Shadows Of Love", "Indestructible (7 inch extended)", "In These Changing Times", and "I'll Turn To Stone".  © 1996-2021, Dusty Groove, Inc.
(Digipack case has some light edgewear.)