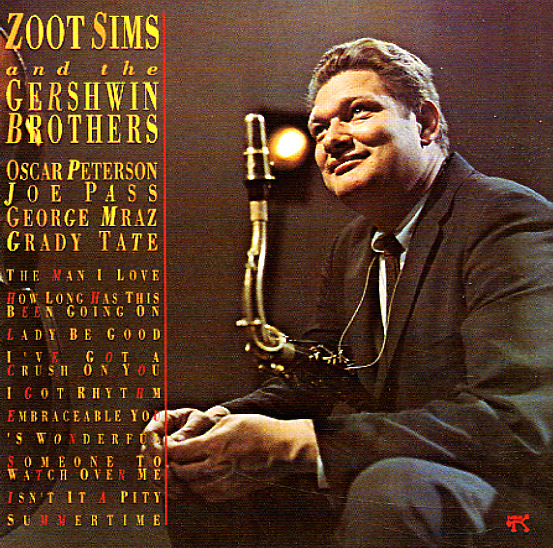 Way more than just a Gershwin Songbook sort of record – thanks to some tremendous blowing here by Zoot Sims, who's mellowed nicely with age, and comes up with a wonderful sound for the record! It may just be us, but there seems to be a lot more soul in Zoot's horn than ever before – more humanity, and a sort of pausing, almost faltering approach to the tunes that takes them way past their overdone versions. The rest of the group includes Oscar Peterson, Joe Pass, George Mraz, and Grady Tate – but the Sims' sound is the main star of the set – and it's really wonderful! Titles include "The Man I Love", "Embraceable You", "Summertime", "Isn't It A Pity", "I've Got A Crush On You", and "Lady Be Good".  © 1996-2022, Dusty Groove, Inc.

Quest
New Jazz/OJC, 1961. Used
CD...$9.99
Pivotal work from Waldron – stepping out of the blowing session mode, emerging as one of the 60s most striking moderinists. Like a lot of Waldron's records from the time, this set shows an amazing desire for new forms and modern ideas, and the mix of players – Eric Dolphy, Booker Ervin ... CD

Tough Tenor Favorites
Jazzland/OJC, 1962. Used
CD...$18.99
The soulful tenor of Eddie Lockjaw Davis meets the modernist bop sounds of Johnny Griffin in another one of their fierce two-tenor sides from the early 60s! The group on here includes the always-amazing Horace Parlan on piano, plus some lively drumming from the oft-overlooked Ben Riley. This one's ... CD

Portrait Of Art Farmer
Contemporary/OJC, 1958. Used
CD...$12.99
A beautiful set from Art – stripped-down and elegant, cut right at that time when his tone on trumpet was evolving into something sublime. The group's a perfect one for Farmer at this point – Hank Jones, Addison Farmer, and Roy Haynes, all lyrically-minded players with just the right ... CD