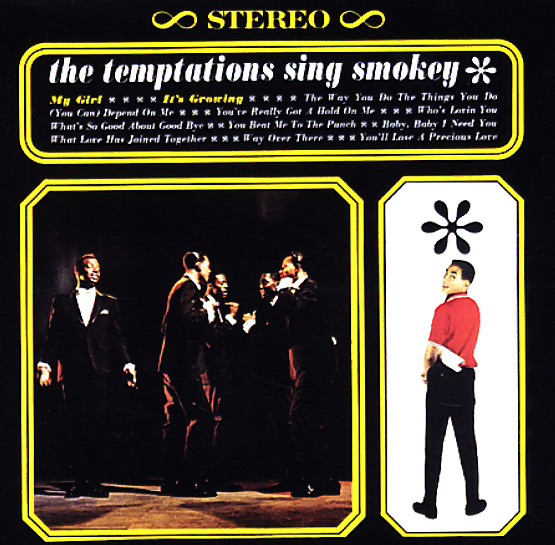 The Temptations sing the work of Smokey Robinson – and they've even got Smokey along to help them out on production! Given the high Robinson quotient on the set – both on production and songwriting – you'd almost expect this one to be a copycat of The Miracles' music at the time. Yet The Temps really manage to bring plenty of their own greatness to play on the material – deepening some of the songs with wonderful harmonies, and creating a sound that's often a bit less sweet and a bit more soulful than Smokey's approach with his own group. Titles include "It's Growing", "Who's Loving You", "What's So Good About Goodbye", "Depend On Me", "Way Over There", and "What Love Has Joined Together".  © 1996-2021, Dusty Groove, Inc.
(Out of print)