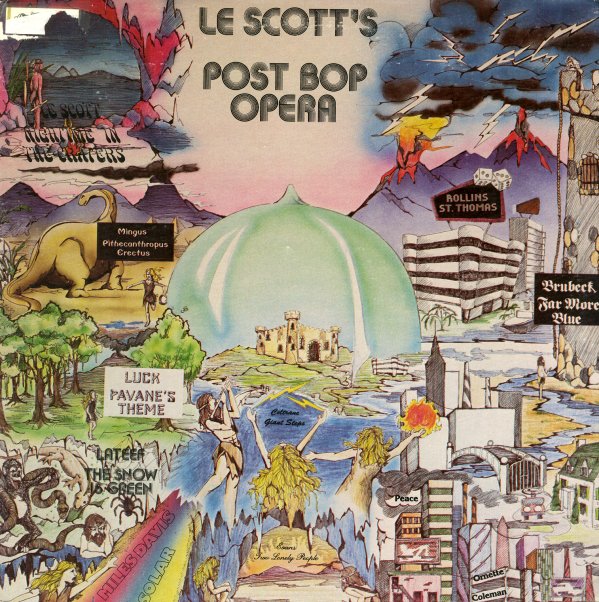 A wild and wonderful hippy theatrical approach to jazz! The tracks are kind of theatrical interpretations of jazz work by Charles Mingus, Yusef Lateef, John Coltrane, Bill Evans, Sonny Rollins, and others – performed by a jazz group that includes trumpeter Wallace Roney, flautist Le Scott, and a number of different vocalists under the direction of Marie Goodman Hunter. Tracks are whimsical versions of familiar jazz numbers – like "Giant Steps", "Pithecanthropus Erectus", "Solar", "Peace", and "St Thomas" – plus a few others that deal with jazz themes – like "L'Ornette In The Sky" and "Nightime In The Craters". All titles feature jazz playing with some spoken bits and sung bits – kind of in the mode of some of the more ambitious soul jazz expressions of the 70s – but not as soulful, and a bit goofy at times.  © 1996-2020, Dusty Groove, Inc.
(Cover has bumped corners.)