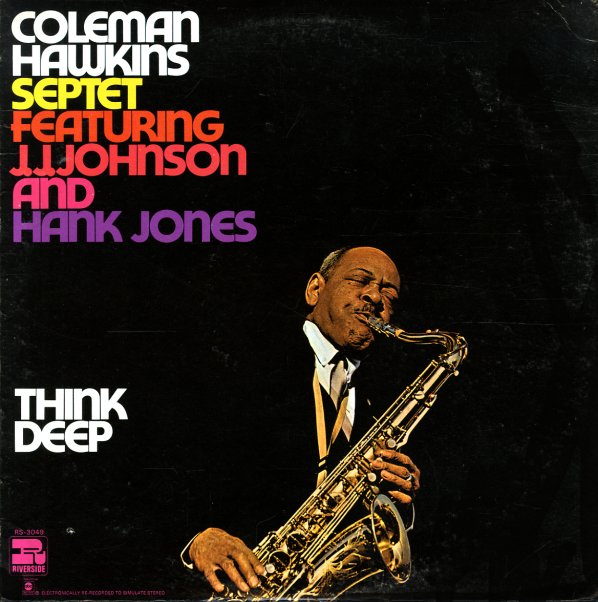 Late 60s issue of a fantastic Coleman Hawkins session from the late 50s – recorded with a septet that included Idrees Sulieman, Hank Jones, JJ Johnson, and Oscar Pettiford – and with an open-ended tone that veers towards the Prestige blowing session mode, but which is also tighter, and touched with traces of the modernism that Hawk had on his late solos at the time. Titles include the long tracks "Juicy Fruit" and "Sanctity" – plus "Chant", "Think Deep", and "Blue Lights".  © 1996-2021, Dusty Groove, Inc.
(70s Riverside/ABC pressing. Cover has a small cutout hole and is bent a bit at the corners.)

Hawk Returns
Savoy, 1954. Sealed
LP...$34.99
Classic Coleman Hawkins work for Savoy – featuring Hawk blowing in a number of small group settings. We're not really sure where he "returns" from on this one – but the playing is great, and tracks include "Flight Eleven", "Should I", "Modern ... LP, Vinyl record album