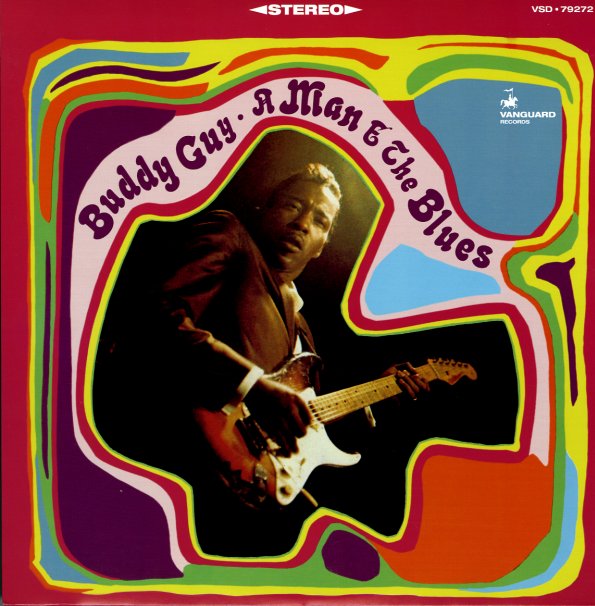 We love our Buddy Guy here in Chicago – and this set cut for Vanguard, one of his first full solo albums with his own band will always be a favorite! Buddy's late 60s sound was as charismatic as he'd always be, but there's an understated approach to his lead that's really wonderful, and hits us much deeper than the showy, guitar solo heavy stuff that the blues club tourists want to hear! He's got the great Otis Spann playing piano, Wayne Bennett on rhythm, Jack Myers on bass, Lonny Taylor and Fred Below on drums, and Donald Hankins, Aaron Corthen and Bobby Fields on saxes. Titles include "A Man And His Blues", "I Can't Quit The Blues", "One Room Country Shack", "Just Playing My Axe", "Worry, Worry", "Jam On A Monday Morning" and more.  © 1996-2022, Dusty Groove, Inc.
(Gold label stereo pressing. Cover has some ring and edge wear.)

Things I Used To Do
Vanguard, Late 60s. Near Mint-
LP...$24.99
Great work from this amazing guitarist – hard, heavy, and still in fine form here on a small group session for Vanguard! LP, Vinyl record album