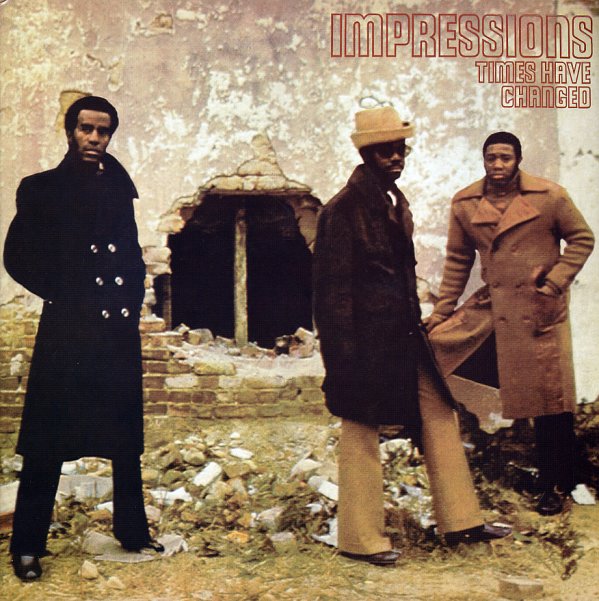 A post-Curtis Mayfield album by The Impressions – but one that crackles with the raw righteousness of Curtis' first few solo albums on Curtom! Mayfield's place here is held by the amazing Leroy Hutson – one of our favorite soul talents of the 70s, really sparkling here in the trio before moving onto his own run of classics for Curtom – with a vocal quality that's solidly soulful, and possibly even more progressively pointed than Curtis. Hutson helped co-arrange the album with Riley Hampton – and production is by Curtis Mayfield, who brings in all the right elements of fuzz and funk to really keep the group sounding hip. Titles include the classic peace song "Stop the War", plus "I Need To Belong To Someone", "Love Me", "Our Love Goes On & On", "This Love's for Real", and a cool cover of "Inner City Blues".  © 1996-2021, Dusty Groove, Inc.
(Original pressing in the embossed cover, with the poster! Cover has some surface wear and a lightly bent corner.)