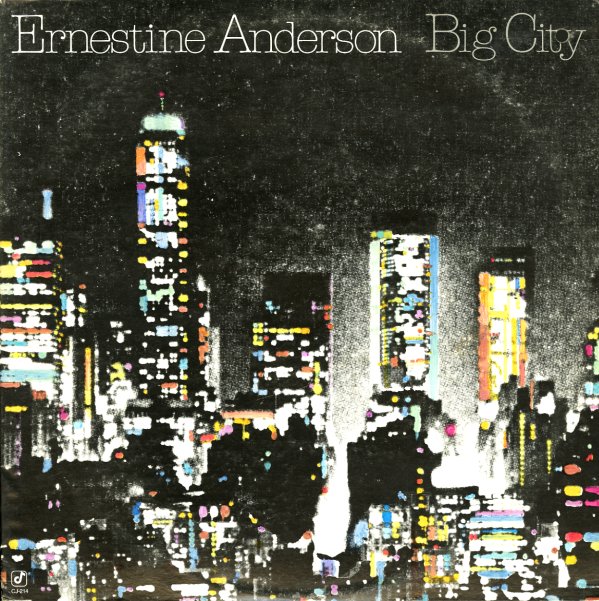 Ernestine Anderson at the height of her powers – caught during a very successful run at Concord Records, where she was easily one of the hippest things going down at the time! The group here is a trio, and very tight – Hank Jones on piano, Monty Budwig on bass, and Jeff Hamilton on drums – all shifting easily to fit the mood and personal demeanor of Anderson's performance, which is a fair bit more dynamic than other jazz singers of the period. In a way, the record's got a similar feel to Lorez Alexandria's albums from the time – hip soul jazz vocals at its best, with just the right twists, turns, and rhythmic impulses to keep things interesting – but not enough to goof things up too much! Titles include "Big City", "Welcome To The Club", "All Blues", "All I Need Is You", "Spring Is Here", and "I'll Never Pass This Way Again".  © 1996-2021, Dusty Groove, Inc.
(Out of print.)

Music For Torching
Verve, 1955. Used
CD...$5.99
About as classic as you can get for Billie Holiday on Verve – a wonderfully intimate small group session, recorded with top-shelf players and a smokey torchy mood! Billie's in her later years by the time of the set, but somehow singing with even more emotion and life – working with a ... CD

Sarah Vaughan (paper sleeve version)
EmArcy (Japan), 1955. Used
CD...$14.99
A jazz vocal masterpiece from Sarah Vaughn – one of her greatest albums ever, and a record that raised the bar for countless vocal sessions in years to come! Sarah's working here in an intimate group arranged by Ernie Wilkins – filled with famous trumpet solo work by Clifford Brown, ... CD

Dreamtales
Adventure Music, 2004. Used
CD...$3.99
Very spare vocal work from Claudia Villela – recorded with only piano backing by Kenny Werner, in a mode that hearkens back to some of the experimental European vocal sessions of the 70s, or similar work on ECM. The production's got a very spacious feel – a sense of looming urgency ... CD