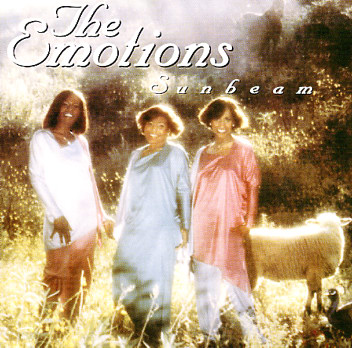 A great little album from The Emotions – largely because it sounds a lot like prime mid 70s Earth Wind & Fire, with female vocals added over the top – ultimately, pulling away with a soulful charm all its own! Maurice White produced the whole set, and it's got a soaring spacey sound that provides a perfect spiritual edge to the girls vocals – taking them way past the hits, into much more sophisticated soul territory. There's a beautifully righteous vibe going on throughout – a sound that's almost like Minnie Riperton at her 70s Capitol best – and titles include "Love Vibes", "Walking The Line", "Time Is Passing By", "I Wouldn't Lie", "Smile", and "Spirit Of Summer".  © 1996-2021, Dusty Groove, Inc.