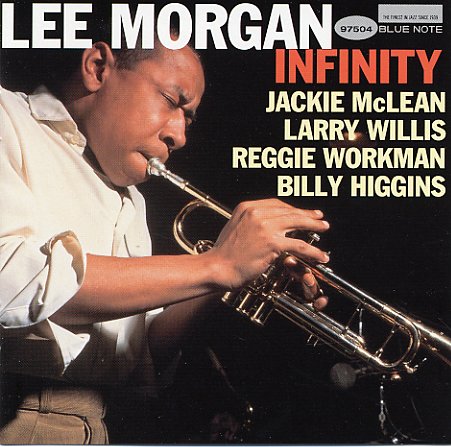 Lee Morgan on the hippest side of his 60s talents – working here in a style that's really stretching out, and in the same territory as similar unreleased gems from the time – like Tom Cat or Sonic Boom! The group here is very inventive – Jackie McLean on alto, Larry Willis on piano, Reggie Workman on bass, and Billy Higgins on drums – players who really represent the left side of Blue Note, but not as out as the "new thing" crowd – with a really creative approach to both the rhythms and the solos, commanded by Morgan's rich imagination at this point in his career. All tunes are great, and titles include "Zip Code", "Infinity", "Miss Nettie B", "Growing Pains", and McLean's fantastic "Portrait of a Doll".  © 1996-2023, Dusty Groove, Inc.
(Out of print Connoisseur pressing.)

Sixth Sense (with bonus tracks)
Blue Note, 1967. Used
CD...$9.99 11.99
Beautiful late work from Lee Morgan! The last five years of Lee's life saw him really stretching out to do some fantastic writing, playing, and leading – and this record stands today as one of the best examples of that period – a pure act of genius, with a sound that really takes off ... CD

Caramba!
Blue Note, 1968. Used
CD...$11.99 (LP...$25.99)
One of our favorite Lee Morgan albums, and one of his least known – a set recorded in the crucial last five years of his life, and a sparkling mix of hard bop, soul jazz, and slight bits of modernism – that magical mix that Lee was hitting as he reached farther and farther with his ... CD

As We Are Now
Blue Note, 1997. Used
CD...$3.99
With Chris Potter on tenor and soprano sax, Christian McBride on bass, and Jack DeJohnette on drums! CD