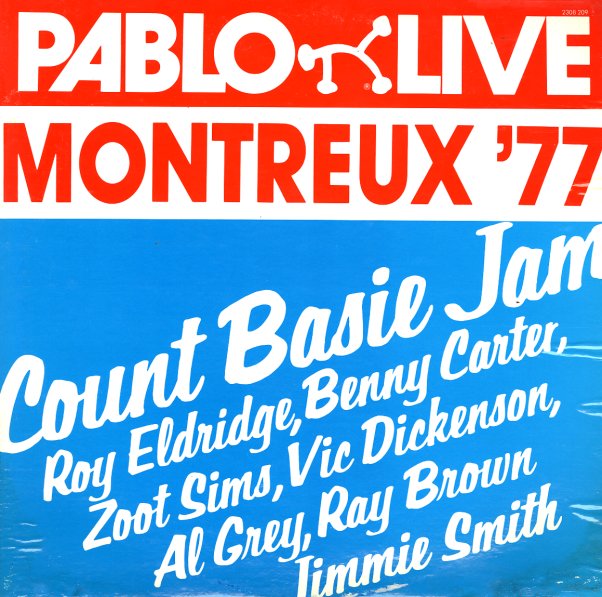 Count Basie Big Band – Live Montreux 77
Pablo, 1977. Near Mint-
LP...$4.99
The 70s Count Basie Band in all their glory – recorded live in extremely tight formation at the 1977 Montreux Jazz Festival! Despite the live setting, the recording quality here is impeccable – easily on a par with most of the group's studio dates from the decade, especially in the way ... LP, Vinyl record album

Satch & Josh, Again
Pablo, 1977. Very Good Gatefold
LP...$2.99
A very unusual twin-piano album – one that features the talents of Oscar Peterson and Count Basie on the keys, with just bass and drums to back them up! The format's one of the most relaxed you'll hear from Pablo Records, and it makes for a really unique look at both players – ... LP, Vinyl record album