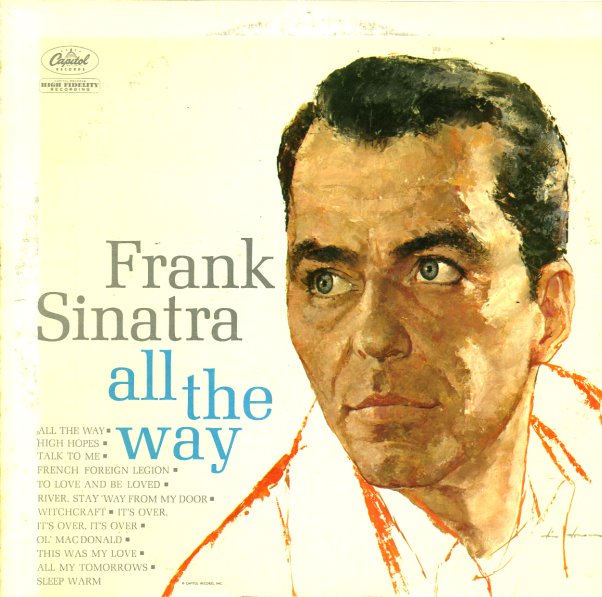 Some real gems from Sinatra's later years at Capitol – including "All The Way", "French Foreign Legion", "River Stay Way From My Door", "Old MacDonald", "It's Over", "This Was My Love", and "All My Tomorrows" – as well as the novelty single "High Hopes"  © 1996-2022, Dusty Groove, Inc.
(Rainbow label stereo pressing. Cover has some wear and aging, with half split seams.)