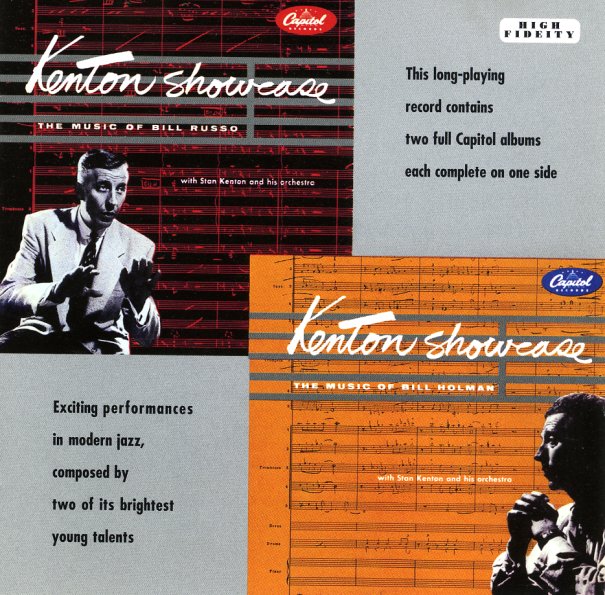 Kenton Showcase - The Music of Bill Russo and Bill Holman

One of the best Kenton LPs ever, and one that really shows the band's beautiful blend of avant garde playing with a swinging jazz sensibility. A 12" LP release of two 10" albums – one showcasing the arranging style of Bill Russo, the other of Bill Holman. Both sides are excellent, and filled with fantastic material played by Lee Konitz, Charlie Mariano, and other Kenton modernists. If you've ever wondered why the Kenton band was so great, check this one out. Tracks include "A Theme For Four Values", "Blues Before And After", "Bags" and "Hav A Havana".  © 1996-2021, Dusty Groove, Inc.
(Cover has light wear.)

Journey To Capricorn
Creative World, 1976. Very Good
LP...$0.99
One of the best of Stan's mid 70s albums – a very hip set of big band tracks that swings with a fluid and soulful approach that you wouldn't normally associate with the Kenton groove! In a way, the overall feel here is somewhere in the territory of some of Woody Herman's excellent early 70s ... LP, Vinyl record album