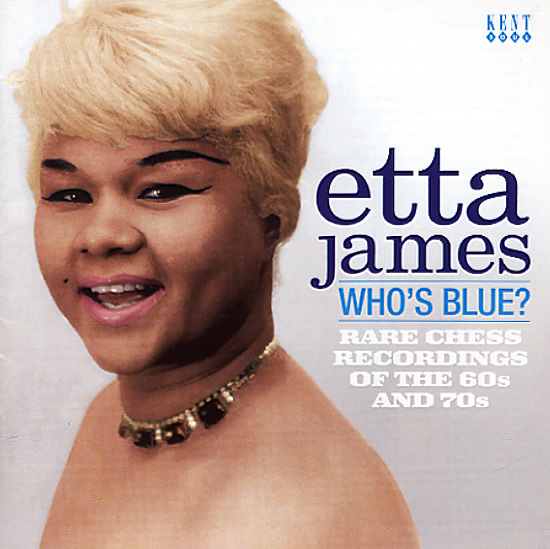 A far-reaching set of hard-to-find 60s & 70s recordings by the great Etta James for Chess/Cadet – ranging from vibrant funk to slow cooking R&B, stripped down brassy blues and string accented jazzy numbers – diverse stuff held together by all around impeccable craft and the flat out amazing singing of Etta! The recordings were cut from the mid 60s to early 70s for the most part, and made in Chicago, Muscle Shoals, Nashville, New Jersey and LA. Such a sprawling collection would bog down a lesser singer, but in this case it shows just how versatile Etta James is, even if the records didn't always hit the charts. 24 tracks in all: "Only A Fool", "Seven Day Fool", "You're A Fool" (Etta slays a lotta fools in this set), "Fire", "My Man Is Together", "Let Me Know", "Nobody But You", "Take Out Some Insurance", "Sweet Memories", "Do Right", "Can't Shake It" and many more.  © 1996-2022, Dusty Groove, Inc.

Queen Of Soul (with bonus tracks)
Argo/Kent (UK), Early 60s. New Copy
CD...$9.99 18.99
Queen of Soul is right! Heck, on these early albums, Etta practically invented soul – or at least invented a deep soul style of singing that would be taken up by countless other female singers during the 60s, but rarely matched with this kind of brilliance. Straight up beautiful stuff! The ... CD